It is increasingly common to see how users worry about their privacy, although the number is very low compared to all those who still do not care about the treatment that large companies do of their data. However, it’s not just big platforms that are data sinks.

Internet providers keep track of all our activity, a record that can later be marketed to focus advertising on the user related to a specific IP, a geographical area… The fastest and easiest solution to protect our browsing data goes through a VPN.

Among large number of VPN options on the market, both free and paid, we have Hola VPN– one of the services that offer the best value for money. Before talking about Hola VPN, we need to know what a VPN is and what they are for besides protecting our anonymity on the internet.

VPN stands for Virtual Private Network. As its name describes well, a VPN is a private and encrypted end-to-end communication network between us and the VPN provider’s servers so that no one can access it. It will not even be detected by our ISP so that no one can store a record of our internet activity.

Let’s explain it with an example. If you don’t use a VPN, your Internet provider knows that you have reached this page. However, if you use a VPN, your IPS cannot see that information. It does not have access to the traffic you generate through the internet.

What is Hola VPN?

Hola is an extension for Google Chrome that will allow you to access blocked or censored websites in your country, your company, or your school. It is a free service free, and it does not contain advertising.

When the Hola browser extension is installed on your computer, you just need to select the extension icon and select the country for which you want to join the website. It will bypass the restriction imposed by the place from which you connect.

Regardless of the device where we install Hola VPN, the operation is always the same. We just have to select the country that we want to connect to.

Now coming to our highlighted topic…

Hola presents a series of very notable drawbacks. Among them, we can highlight some that are the least liked by their users.

It generates some problems that have displeased many users (with a free account) since they were transformed into exit nodes. So other users could use their bandwidth to carry out activities of all kinds, including illegal ones (see the attack suffered to this service, now solved).

Therefore, it is not exclusive to Hola. But if you want to avoid that, you can access the paid service with lot more advantages.

Analysis and Characteristics of Hola VPN

Hola VPN has many features that you should take into account so that you know how efficiently this provider works. Each feature is important, so we must show you below:

Using Hola VPN is very simple. You just click on its icon and then select the country from where you want to access contents. Immediately, it will change your IP address to the country you have chosen to hide the real one.

Every time you want to check the features of Hola VPN with free service, you can go to an IP locator and thus verify that your IP belongs to the country you have selected.

It allows you to have a connection with about 5000 servers in approximately 200 countries. Some of them are Australia, Spain, Italy, France, Israel, the Netherlands, Germany, the United States, and Canada.

It offers a varied application for wide devices, including Windows, Mac, Linux, iOS, and Android, as well as add-ons for Firefox and Chrome. This is a universal and convenient solution.

It is more like a Proxy than a VPN since it is a service that you can use to access the various sites using another IP. However, it does not have the encryption advantages as other services.

Hola VPN has good reviews about privacy since it is a service that has a secure SSL tunnel. However, not all your traffic is routed through this VPN because it does so through remote servers hiding the real IP to access sites in other countries.

The paid version offers better features as it is a VPN using IKEv2 / IPSec with AES 256-bit encryption. This means that it is a VPN that provides a high level of security, while the free version only removes geographical restrictions.

In the free version VPN with multiple servers, you can connect with their technical support team through their email. However, many users have expressed unfavorable opinions since it is a service without an immediate response.

If you use this service for commercial purposes, you have a better chance of support where you can enter by logging into its official website. On their page, you can find some guides, and many frequently asked questions.

Hola VPN, with many servers, allows you to stream compatible and popular platforms such as Amazon, HBO, Hulu, YouTube, and BBC, but it cannot unblock Netflix as it happens in most VPNs.

It has fairly fast service, and it is also very easy to download and install to get it up and running. In addition, it has technical assistance so that you can clarify your doubts through your email and a session of FAQs.

It offers security when browsing the internet and protects your safety wherever you are. With this VPN, you have the support of being able to be connected on ten devices at the same time in its paid version.

But, obviously, any free thing is not good at some point. Use it carefully!

What is the Raspberry Pi? Know Everything About It!
Next article 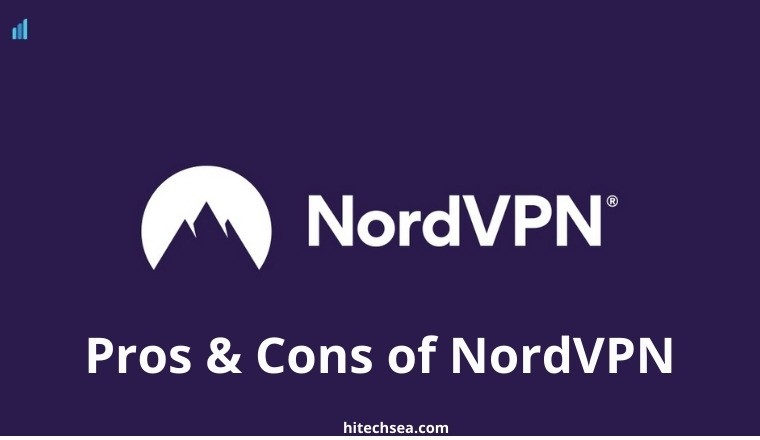 Pros and Cons of NordVPN: A Detailed Analysis Of It (2021)

If you're looking for a lean Linux, you'll quickly...

For both large brands and small freelancers, the relationship...

The goal of business is always to sell to...
Load more