Apple will surrender to USB-C on the iPhone.

On October 4, the EU approved the universal single charger, adopting USB-C as a standard. The big change at the industry level fell on Apple, which should give up its Lightning port after this regulation.

It has not been necessary to wait too long. Apple has confirmed that its iPhones will have to adapt to the Type-C port, but despite adopting this standard to both iPad and Mac, implementing it in its flagship product is a decision that they don’t seem too happy with. 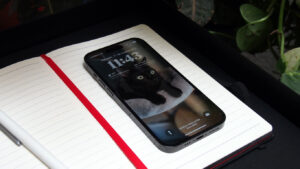 In an interview for the Wall Street Journal, Craig Federighi and Greg Joswiak have confirmed the undeniable: Apple will surrender to USB-C with its iPhone. Joswiak states that “obviously, we will have to comply with the new EU USB-C rules”, although he criticizes this decision.

Apple assures that they have always worked following its own path and not the one set by the regulators. In Europe, they have no choice but to adopt port C

The main reason it wields is that the company has always preferred to bet on its own standards instead of being forced to use those of the rest. They are convinced that this is a better decision both environmentally and in terms of user experience and cite as an example the poor decision to adopt micro-USB as the industry standard, while Apple went their way with its ports. Despite this, he admits that both Lightning and USB-C “are two good connectors, the most popular in the world.”

Regarding when this implementation will arrive, Joswiak does not give a concrete answer. He alludes to the fact that “the Europeans are the ones who dictate the times for European consumers”. Here Mark Gurman was not afraid of his prediction, stating that we will see the iPhone with USB-C in 2023, on the iPhone 15. This a statement that makes sense based on Joswiak’s statements and the times set by the EU.

Despite criticism based on the environment and defense of Lightning as a good charging solution, Apple has already taken this step voluntarily with its iPad, and they were pioneers with its implementation on Mac. That the iPhone ended with a type C port was the evolution natural, although it has been necessary for the EU to force this path to be followed in order to speed up the process. Triple The Benefits Of Your Company With HRMS

Did you know that you can earn excellent cash...